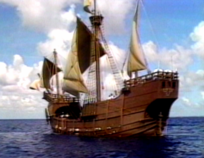 I literally cut my teeth on documentaries in the 1970's while working for BBC Television. In those days, everything was still shot on film, so while working as a Film Editor, pieces of the program were frequently held between my teeth!

Over the years I have been priviliged to produce and direct documentary programs in several countries for various clients. 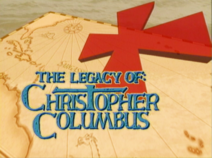 One of my favorite travel experiences was attending the 1992 Christopher Columbus Quincentennial celebrations in Spain. I researched Columbus’ writings and produced and directed a one-hour TV special for CBN called The Legacy of Christopher Columbus. Following in Columbus’ footsteps across Spain, the documentary explores Columbus’s faith and motivation. I was granted access to original journals and writings, making it possible to piece together more than the traditional textbook story.

﻿﻿The program mixed documentary segments linked by a studio host. The first part program explores the obstacles Columbus encoutered in his preparation for the journeys. Part 2 re-lives several transatlantic journeys and discoveries. It also discusses his motivation, faith, legacy and the controversies that still follow Columbus today. The program aired on The Family Channel in the USA.﻿﻿ 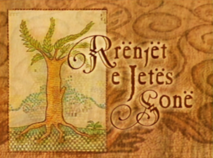 Albania was once known as the strongest communist country on earth. But when the country finally opened up, its people began to fall back on the religion they had known before communism: Islam. To present another alternative, I researched the Christian heritage of Albania and produced and directed a primetime docu-drama that proved to be very controversial. A nation that had been locked in atheistic communism for decades was trying to regain its spiritual roots. Since the times of Attaturk, Albanians had been forced to accept Islam as their religion. Ancient relics such as Byzantine basilicas and the nations’ national hero Skanderbeg, however, point to a different heritage that was entirely Christian. The Albanian language TV special was called Roots of Our Lives and chronicled Christianity in Albania from the times of St. Paul to present day. Many Albanians responded in amazement to their lesser-known cultural heritage.