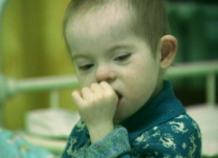 My first job in television was actually working as an Assistant Film Editor for BBC North East in the U.K. I worked on Look North when it was hosted by Mike Neville. Two of the reporters working on the program in my early days at the BBC were Stuart Prebble and Nick Owen. Stuart went on to eventually become one of the biggest names in British television as CEO of ITV and Nick Own is still one of the primary news anchors for BBC1.

While employed by BBC North East, I became a Film Editor on news and documentaries. The lead Editor at that time was my dear friend Geoff Wonfor whose shoes I filled when Geoff started directing. The infamous Mr. Wonfor became one of the most sought after directors for music videos in Britain. He moved over to Tyne Tees Television and was director on The Tube. His most famous TV series is "The Beatles Anthology".

Most of the news stories I have produced and directed are concerned with humanitarian or social issues. Several stories were filmed in the early days after the fall of the Soviet Empire. Working with CBN and Operation Blessing, we tried not to just report on issues, but to address what we encountered and provide aid to people in need.