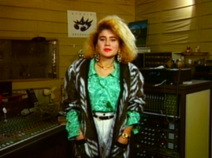 Magazine programs come in all sorts of formats. Having said that, they are normally driven by a Presenter or Host and are made for television broadcast in 30-minute or 60-minute lengths. I have had the provilege to develop formats for shows in the USA, China, Russia, India, Singapore and Thailand. My experience in Thailand was very special because it included hiring and training the production team and significantly increasing the production quality of the program within the first year. This resulted in a time slot on national TV.

I enjoy producing magazine style programs and try to get the hosts out of the studio if possible because this gives the program more diversity and energy. In addition to the segment below, please note that the menu navigation in the left column also has 2 other categories; " The 700 Club" and "Humanitarian". ﻿

After the fall of Communism in 1991, I made many trips to Moscow researching and developing ways to help youth through television. The vacuum left by communism left many young people with questions. Suddenly, a whole new world was open to them and many did not know which way to turn or which philosophy to follow. This developed into my first 60-minute magazine program which was called What Are You Living For? The program detailed social problems facing youth and provided a positive message of hope to counteract fear and despair. A total of three programs were produced and aired on Channel 1 nationwide. The response was staggering. More than three million letters were received making it necessary for CBN to start a center in Moscow to process mail. Within a year the total was over 5 million letters.﻿