The 700 Club is a live television program that airs each weekday. On the air continuously since 1966, it is one of the longest-running programs in broadcast history. The program is hosted by Pat Robertson, Terry Meeuwsen, Gordon Robertson, and Kristi Watts, with news anchor Lee Webb. The 700 Club is a mix of news and commentary, interviews, feature stories, and Christian ministry. ﻿﻿It also features in-depth investigative reporting by the CBN News team. With bureaus in Washington, D.C., Virginia Beach, Virginia, and Jerusalem, CBN News covers major events and stories affecting people around the world. The program can be seen in 96 percent of the homes in the U.S. and is carried on ABC Family cable network, FamilyNet, Trinity Broadcasting Network, plus numerous local U.S. television stations, and is seen daily by approximately one million viewers. 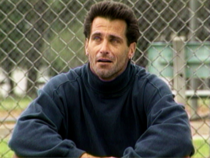 As a Producer for The 700 Club, I researched, wrote and directed stories for 6 years. During that time I was also an on camera reporter. While I produced soft news and feature stories, the majority of my work was in producing biographical docu-dramas. These "testimonies" as they are called, are interview based with the narrative visualized by dramatic re-enactments. The 700 Club pioneered this style of treatment years before the trendy label of "Reality TV" came along.